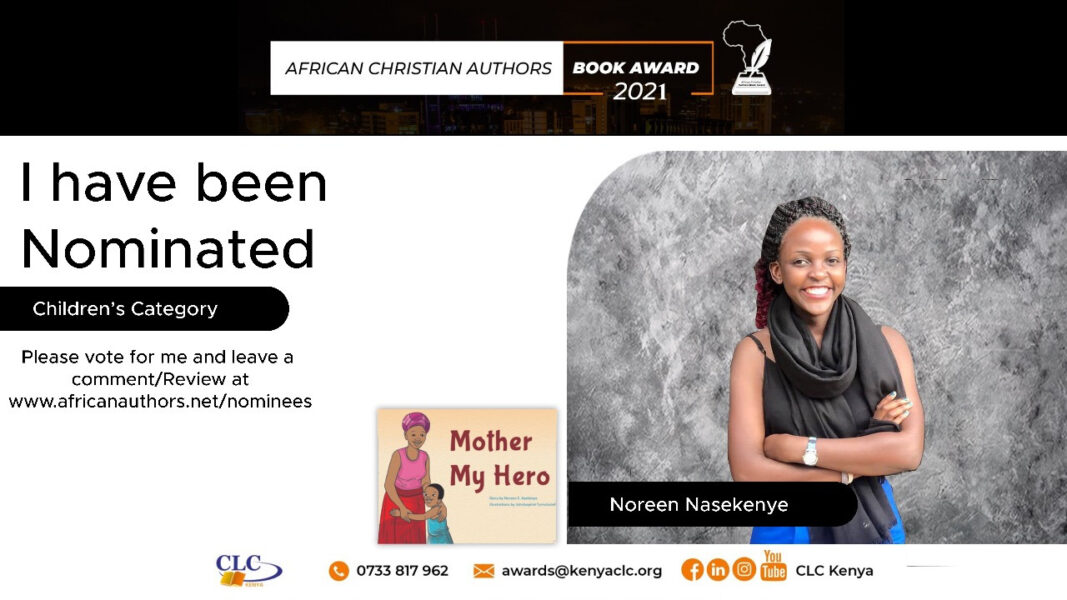 My name is Noreen Asekenye from Uganda. I am a children’s writer and the founder of Tell a Story Foundation, a nonprofit organization using stories and acts of charity to influence change in communities.

My writing began early in lower primary school
My writing journey began as early as primary two. I remember always writing short sentences of how my day went. In primary Six at Kitante Primary School, with encouragement from my English teacher, I joined the writer’s club at that time we were preparing for the Queen of England’s visit to my school in 2007. The first essay I wrote was about funeral rites in my Culture which were pinned together in an art room that the Queen visited. It was so beautiful having the Queen glance at the stories that were written by young children.

My passion for writing made me study Literature for all my six years in secondary school. I also created a writers club in my senior five where I served as president. Writing was so easy for me. I topped my English composition exams and wrote for my classmates too. I wrote simple poetry and plays that were acted during church competitions.

The Book “MOTHER MY HERO”
I first wrote, “Mother My Hero” in 2017. By then I was still a student of Makerere University doing an internship at Visit Uganda Tours and Travel. I was also a volunteer teaching children how to read and write.

Writing ‘Mother My Hero’ was greatly influenced by my mother, love for children and the community I come from, a very rural yet traditional community called Kiwanga in Namanve that greatly respects the virtue of greeting others. It is just so hard to pass by anyone without saying hello.

My mother raised the bar so high for us as her children, she is a ‘Musawo’ also known as a doctor. The community knows her as a very social person, and together with my siblings, we had to follow in her footsteps. With this inspiration, I wrote the book ‘Mother my Hero’ to encourage children to always greet others. It costs nothing to say hello to someone. Such acts make us more humane.

I did not find a hard time writing the book. It is my story, I only wrote what my brothers and I did when we were young, waking up, praying, brushing our teeth, walking to school, seeing our mother stop to only greet others, and observing the reactions she received after doing so.

I wrote about twenty long sentences. Lucky enough I had researched about a children’s publishing company called Uganda Children’s Writers and Illustrators Association that was not so far away from my internship place. That evening, I asked my supervisor to allow me to step out, I went to the office, introduced myself, I had to pay a membership fee for me to be part of them. By then I didn’t have the money so I left and came back with it days later.

I presented them my story which was filed, I had to commit time to edit with them. The process did not take long. We edited in just days. After I was introduced to an Illustrator who was a member of the organization too. We discussed the terms of payment, being a member too, I could not pay the same price as the others who were not. Within a few months, the book was beautifully illustrated and we had to go to the final stage of putting everything together.

Aftermath of writing
Financing the book was so hard for me at the time. I was a student who was entirely dependant on her parents as a source of survival. Asking for support would be hard because I had little ones who needed more help. I only had to be considerate and sacrificial. Years passed by and ‘Mother my Hero’ was never read. It would hurt every single day knowing that there is such rich content that has not been read by anyone. My energy levels were running low but I kept the faith that at the perfect time all will fall in place and my book would bloom. At this time I had begun a nonprofit organization too by faith without any money, I wanted stories to be celebrated as a tool for social change in communities. The needs were just so big.

I am now debt-free, fully paid the Illustrator and the lady who put the pages together and now we are here. All thanks to author Angela Nsimbi for sharing with me then call for submissions. Even though I have never met her physically. We only met online on a zoom Girls for Girls session through a chat. I thank her for the support.

The book is not yet in any bookshop or online store. I am glad that it is published. I am looking forward to seeing it grow and inspiring the young generation.

Here is the link to vote and comment too.
https://africanauthors.net/nominee/mother-my-hero/